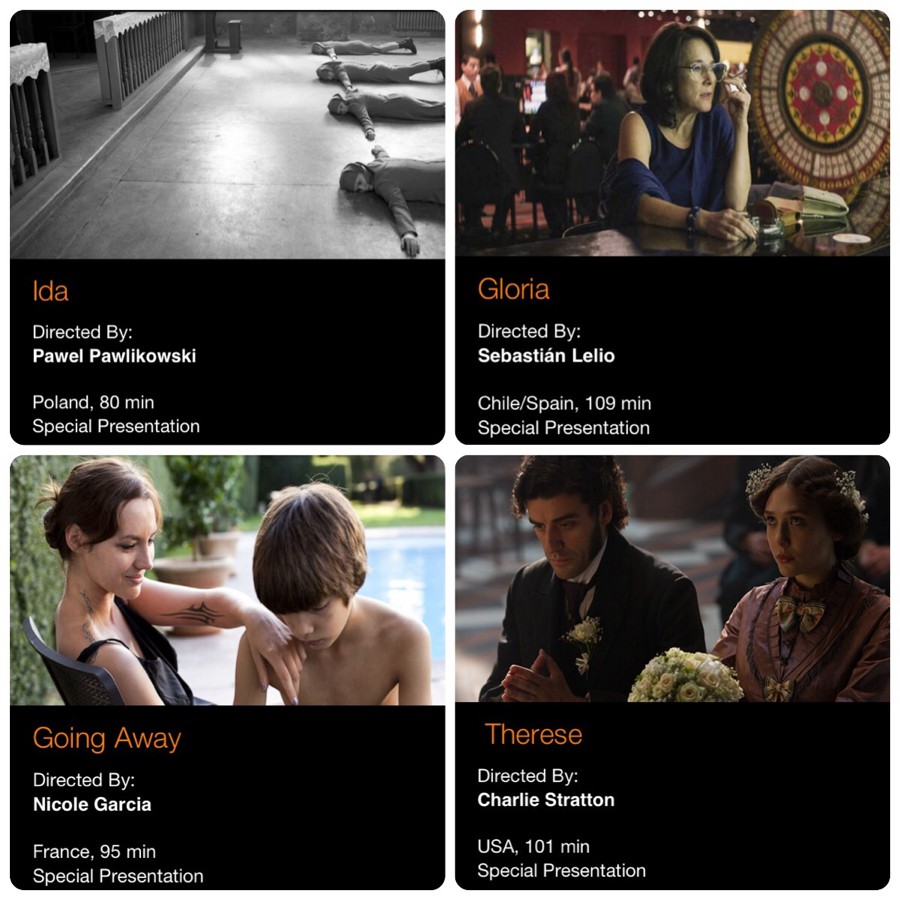 These are some of the films I saw, and all above but Therese were subtitled. Therese was very close to the book, and I believe I heard in the Q&A afterwards that the director was a grandson of Emile Zola himself!

Ida was a Polish movie about a young girl about to become a nun, filmed in black and white. I highly recommend see this as the cinematography and the story were exceptional, and for me hit close to home. A lot of it was shot so most of the frame above the characters was looming...and the subtitles had to be above rather than below.

Gloria is a woman's mid-life crisis but told in a way which is charming and also lyrical in some ways. In the Q&A with the actress who played Gloria and the director, I learned that, yes, they had made an allusion or two to the movie Death in Venice...but in my opinion it is not so stylized as that film. Also: pay attention to the furless cat which keeps showing up.

Going Away is a French film in which the characters start off as being very enigmatic and hard to fathom, but then it evolves into something else. I'm still puzzled by it. Let's just say that everyone has a history which makes them understandable once you are told what it is. The setting moves from a beach resort ( from the perspective of the working characters) to an old French estate.

Did I say Therese is amazing? Jessica Lange is a goddess in acting! So many films at TIFF portrayed strong female characters, and this was one of them. In the Q&A afterwards she noted how hard it is to sit in a theatre with people watching her film for the first time (also her first time) and being squeamish on seeing her neck on the big screen. And Tom Felton was charming, too. He was spiffed out. Nice suit, Tom!